Removing asbestos is a thoroughly regulated process, evidenced by the number of statutes and codes that lay down methods of removing it from any site, whether large or small. Examples of the regulations are The Queensland Code of Practice (2011) on How to remove Asbestos and Safe Work Australia Code of Practice. These are in place because the compound is highly toxic and could cause mesothelioma, an aggravated form of cancer that attacks the lining in lungs and the abdomen.

Roofs pose a risk not only to the external environment but also to those inside the premises because in cases where asbestos is bonded with cement, it may chip and pass through poorly installed or fake ceilings and settle on surfaces inside the home/warehouse/office. Whenever it is being removed from any site, including roofs, care has to be taken as explained in the steps below:

1. Pre-Assessment Of The Site (Roof) And Analyzing The Material

The essence of this is to establish whether the asbestos-containing cement used to make the roof is friable or non- friable. Friable asbestos is that which chips into near invisible dust particles that float in the air and when inhaled, cause mesothelioma. Non friable asbestos is however bonded together and poses less danger to the environment. It is important to note that asbestos is only lethal when inhaled or swallowed.

There is a very high probability of finding Asbestos Containing Material (ACM) on a roof, it being slightly horizontal. The gutter of the roof is another zone to mark, as the debris from the roof most likely gathers and settles on it. Popcorn ceilings on houses built before 1980 are highly likely to contain traces of asbestos. Seeing this risk, it is necessary that a licensed removalist, holding a class A license does the assessment. (A class A license holder can remove more than 10 square meters of asbestos, both friable and non-friable, and a large scale area of suspected ACM, while a class B holder, can only remove up-to 10 square meters of friable and non- friable asbestos and inspect/remove only up to 10 square meters of suspected Asbestos Containing Material.)

After the inspection, as required by WorkSafe British Columbia, samples are collected to be inspected in the lab. The inspector then prepares a detailed report of the activity and results, including the plan and dimensions of the roof. They also report on the associated risks and possible tasks to be performed. This report will be presented to the home owner who will request qualified removers, and then the actual removal begins.

The workers get to doing the actual removal, wearing protective gear, from overalls to respirators with stable air supply. Before the work starts, the whole area has to be enclosed with a brand new plastic sheet and notice of undergoing work placed strategically for all around to see. The roof will be cut out through means that least agitate the structure, meaning no drills, therefore cutting section by section has to be the way, after wetting the area to clump loose particles together. A negative air pressure unit, which lets air in, but does not allow it to flow out must be used.

All material removed from the roof must be labeled accurately, and thereafter disposed of in designated areas, as recommended by such laws as the New South Wales Work Health and Safety Regulation (2011). 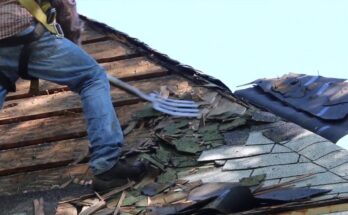 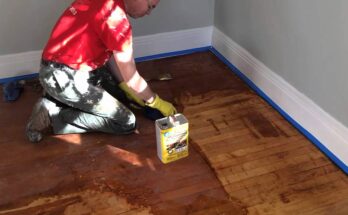 Why Floor Stripping and Waxing Is Essential